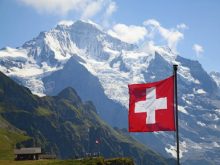 The Swiss town council of the small municipality of Zug, Switzerland made the decision on May 3rd, 2016 to accept Bitcoin payments for dues and public utilities as part of a trial run on cryptocurrency acceptance.

The small town is already known for its fast growing fintech operations, even being called “Crypto Valley” by some, with 15 fintech-oriented companies being located there. Apparently the town council has hopes Zug’s trend as a financial tech hub continues — having embraced the new identity with this legislative move.

We want to express our openness to new technologies by expressing our own experiences (with bitcoin). We will invite Fintech companies in Zug to exchange ideas with the City Council. Our goal is to meet their needs for optimal development in our thriving economic environment.

As the pilot program is first implemented it will initially allow payments up to 200 Francs, and possibly introducing the ability to pay larger amounts later in the future.

The trial run will last through 2016 with an analysis following to determine the costs and benefits of the decision. This analysis will ultimately determine whether or not the town council will continue allowing Bitcoin payments for municipal services.

After this legislative move you can be certain Bitcoiners will be taking notice of this small town, and it already has the added benefit of being located in Switzerland — which is known for its business friendly environment and relatively small regulatory burden. Switzerland’s long history of regulatory stability and political neutrality has, in the past, made the country a hub for financial related business. So, it should be no surprise that the town that takes the radical step of accepting Bitcoin for utility payments would be located in the country.

In fact, Switzerland’s business environment and relatively free-market economy even helped to convince the Bitcoin wallet and exchange, Xapo, to relocate to Switzerland last year.

In addition, along with Switzerland being a generally friendly place to do business, the town of Zug itself also provides its citizens with a relatively hands-off approach to the local economy. The Swiss town of Zug showcases one of the lowest tax rates in the world. This combination of a hands-off approach by the government and large tax benefits has made the small town into a successful economic hub where global trade flourishes. Also, 3% of the world’s petroleum (crude oil and refined) is traded through Zug and its neighboring town of Barr.

These beneficial economic features will likely make Zug an enticing place for fintech, bitcoin, and blockchain start-ups alike to flock to.

What do you think of Zug’s decision to allow payments for public utilities? Let us know in the comments below!