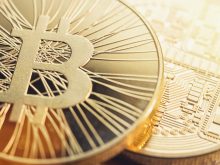 While the Ethereum price is only beginning to show signs of recovery, the bitcoin price has managed to hold above key support in the wake of industry setbacks. When the bitcoin price jumped from $6,300 to $6,500 a few days ago, the whole market was watching, including Michael Novogratz, founder of Galaxy Digital. He was the first one to call a bottom, making his case with the Bloomberg Galaxy Crypto Index.

While others are less convinced that the bitcoin price has in fact bottomed for the year, Novogratz’s prediction is supported by technical signals. Bloomberg pointed to the Williams %R Indicator, which goes in a range of 0 to negative 100 gauging overbought and oversold market conditions. It helps traders to spot a good entry point or a time to sell. At the moment, this technical indicator is flashing “oversold” levels for bitcoin, with a rating of negative 80 attached.

The oscillator has a history, and bitcoin has seen this %R rating before, after which time it staged a comeback of more than 20% gains from just over $6,000 to almost $7,400. The bitcoin price is currently hovering at $6,531. If it were to stage a similar rally, that would put the price of the biggest cryptocurrency back up to the $8,000 range, which it hasn’t traded at since July.

But the %R is not a fool-proof analysis, at least not by itself. It’s generally coupled with other technical indicators for support, in this case, we turn to Novogratz. He pointed out that the bitcoin price has already revisited its 2017 highs and “point of acceleration that led to the massive rally/bubble.” In his experience as a former hedge fund manager at Fortress Group and partner at Goldman Sachs, “markets like to retrace the breakout.” In fact, bitcoin has “retraced the whole of the bubble,” leading Novogratz to make his bullish call that a bottom is in.

This is the BGCI chart…I think we put in a low yesterday. retouched the highs of late last year and the point of acceleration that led to the massive rally/bubble… markets like to retrace to the breakout..we retraced the whole of the bubble. #callingabottom pic.twitter.com/EasTBYgjSj

The bitcoin price remains 52% lower year-to-date, and the signs are accurate and a reversal is in the cards, it couldn’t come too soon. Meanwhile, in yet another sign favoring bitcoin’s recovery, MarketWatch showed an illustration of the bitcoin price over a five-year period leading up to 2017. In the graphic, which reflects data from Element Digital Asset Management, the fourth quarter of the year is historically strong for bitcoin investors. Within the sample, bitcoin has been a home run for investors in each fourth quarter of the year with the exception of 2014.