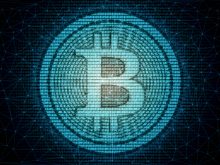 Bitcoin’s price charted a narrow uptrend on Saturday, as calm returned to the market following a mysterious collapse that has many in the cryptocurrency community theorizing about a potential cause. As the author previously reported, bitcoin’s sudden collapse after weeks of sustained growth was a sign that a whale, and not the bears, was dictating the moves.

The bitcoin price reached a session high of $6,572.20 on Bitfinex, marking the second time in as many days that values have approached $6,600. On Friday, bitcoin peaked at $6,593.16, according to CoinMarketCap. The $6,600 level is not only a psychological resistance, it approximates the 200-day moving average. For the recovery to continue, bullish forces must break-out of this level. A failure to do so would mean a double-top formation, which is usually seen as a bearish indicator.

At the time of writing, bitcoin was valued at $6,532 on Bitfinex, having gained 0.8% from the previous close. Total trade volumes across all exchanges amounted to $3.5 billion, down from as much as $4.3 billion on Friday.

Whereas most technical observers of the bitcoin market focus on the general actions of the bulls and the bears, it has become apparent that this dichotomy is no longer sufficient in explaining price action. Increasingly, analysts have relied on a different classification – and an entirely different species – to explain some of the influence on bitcoin’s price.

Bitcoin whales, as big holders are commonly known, have exerted significant influence on the market. While this may not have been the case several years ago, the 2017 bull market led to an enormous concentration of wealth. A look at the bitcoin rich list shows 940 wallet addresses worth $10 million or more at today’s prices. Data from Chainanalysis in April showed that 1,600 investors collectively controlled $37.5 billion of available bitcoin.

It’s not difficult to see how this extreme concentration came about. After all, a $10,000 investment in bitcoin five years ago would have yielded a total return of 10,992% through December 2017 when the market peaked.

When bitcoin plunged $1,000 over the span on 24 hours on Sept. 5-6, investors immediately looked for answers in the usual places: technical charts and news headlines. Although the decline seems to have been aided by reports that Goldman Sachs had abandoned its plan for a bitcoin trading desk, the extent of the selloff suggested that a whale was on the move.

As has been reported elsewhere, a prominent bitcoin holder had moved 110,000 units of BTC and BCH from multiple wallets prior to the price collapse that began on Sept. 5. At least least 14% of the fortune was transferred to digital currency exchanges like Bitfinex and Binance. The holder in question, believed by some to be Dread Pirate Roberts of the former Silk Road, once held as many as 111,114 BTC, which is equivalent to $2.2 billion at peak prices.

Although some whales are clearly looking to cash out after the plunge in bitcoin’s price, others may have played a direct role in the bear market. As Hacked reported earlier this year, the whales may have actually loaded up on bitcoin prior to the launch of cryptocurrency futures in December and have been gradually unwinding their positions ever since. Prior to futures being introduced, there was no direct mechanism for shorting bitcoin.

While short-sellers have held a firm grip on the market for much of the year, long-term holders and miners have successfully defended the $6,000 price point on multiple occasions. This suggests bitcoin may have already found a price floor and that short-sellers no longer have the ability (or the supplies) to drive values lower. When we initially speculated about this in June, we reported that each successive decline in bitcoin’s price had been less severe than the previous. Although prices have since fallen below $6,000 multiple times, it didn’t take long for the market to recover.

Disclaimer: The author owns bitcoin, Ethereum and other cryptocurrencies. He holds investment positions in the coins, but does not engage in short-term or day-trading.

Bitcoin Could Have Smooth Sailing from Here, Technical Oscillator Suggests
Recommendations on Your Mac If It Freezes